THE Only Way Is Essex star James Argent has signed up for Celebrity SAS: Who Dares Wins after his 14 stone weight loss.

The former The Only Way Is Essex star is said to be “determined” to take part and reach the end of the gruelling celebrity course.

Arg, 34, who has lost a whopping 14 stone after gastric bypass surgery last year, is keen to sign up for the ultimate challenge.

The reality star – who has previously opened up about his battle with drug addiction and binge eating – has been dubbed the “perfect signing” for the brutal Channel 4 show.

Yesterday, The Sun revealed that James is set to take part in the next series, which will once again be fronted by US marine Rudy Reyes.

Now, it’s said that the star is thrilled by the “perfect signing” as it will give him a chance to open up about his recenty battle.

A source told the MailOnline: “James has been through so much in his life but now after months of recovery and working on himself. 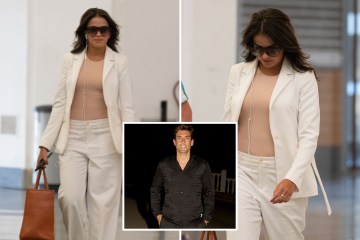 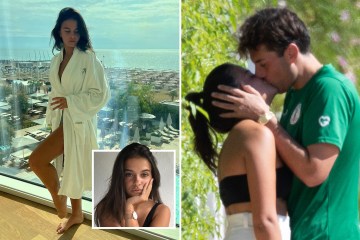 “He’s ready for a challenge of this magnitude. It’s not just the physical aspect of the show for James, he’ll be tested mentally.

“Producers of SAS are always on the lookout for celebrities that have a story to tell and are prepared to rise to the occasion – James is the perfect signing.”

Elsewhere, The Sun detailed how pop singer Siva Kaneswaran and Hollyoaks actress Kirsty-Leigh Porter are being lined up for the next series of Celebrity SAS: Who Dares Wins.

The pair is said to have been in talks with producers from the hit Channel 4 show for weeks.

Insiders said The Wanted singer Siva and soap star Kirsty, both 33, were sure-fire signings for the series next year.

A source said: “Siva and Kirsty-Leigh are both sure-fire signings for the next instalment of SAS: Who Dares Wins.

“They have done their fitness assessments and are well on their way to signing on the dotted line for the show.

“Matt is a big name for SAS but ultimately they know they can also tempt a younger audience with Siva and Kirsty-Leigh.

“Gareth Gates is also on the line-up for the next series so it’s a real mix of characters.

“Kirsty-Leigh became a mum for the first time last year and is looking to really challenge herself away from Hollyoaks. Whereas Siva has been through a lot with the death of his bandmate Tom Parker.

“He thinks the show will be an incredible experience and is doing it in Tom’s memory.”

A spokesperson for Celebrity SAS: Who Dares Wins said: “In the best traditions of the SAS, this mission is confidential.

“However, full details will be released when the series broadcasts next year.  In the meantime, tune into the current series of Celebrity SAS: Who Dares Wins, Sunday nights at 9pm on Channel 4.”

Last week The Sun exclusively revealed how Matt Hancock MP had been asked to take part on the show.