IT’S always good to see kids being independent and taking matters into their own hands.

But when her five-year-old daughter told her she’d made a dreamcatcher for her bedroom, Renae Smiler wasn’t expecting what she walked in to find.

Renae took to TikTok to share a video of exactly what her daughter had hung above her bed – and she got it from the bathroom cabinet.

“My five year old told me she made a dreamcatcher for her room,” Renae wrote.

She then shared a video of her daughter’s room, complete with a floral bedspread, before panning across to the “dreamcatcher”.

However, instead of the traditional dreamcatcher – a handmade willow hoop with a net or web over the top – Renae walked in to find a tampon hanging from the headboard. 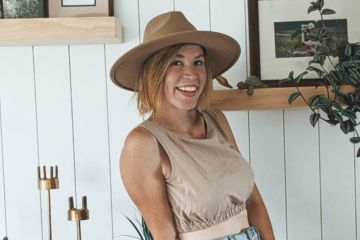 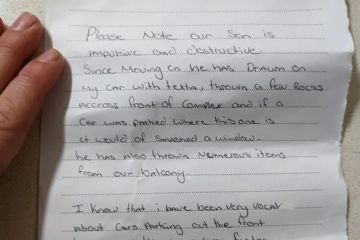 It wasn’t just a plain tampon, however – her daughter had decorated it with felt tip pens.

“Tampon DIY, I am so done…” Renae captioned her video.

“I mean, it’s def made to catch something.. but just not in that way,” one person commented on the video.

“Close, but not quite…” Renae replied.


World reacts after the Queen's emotional funeral watched by billions


Princess Charlotte pays sweet tribute to the Queen with jewellery

“a dream absorber?? haha,” another added.

‘WASTE OF MY TIME’

Businessman, 41, furious as We Buy Any Car REFUSES to buy his £33k Merc

With Renae writing: “I thought so too!”

“love this. Many uses, I made a nest with a few for Easter Bunny to leave eggs in as a kid haha,” someone else laughed.