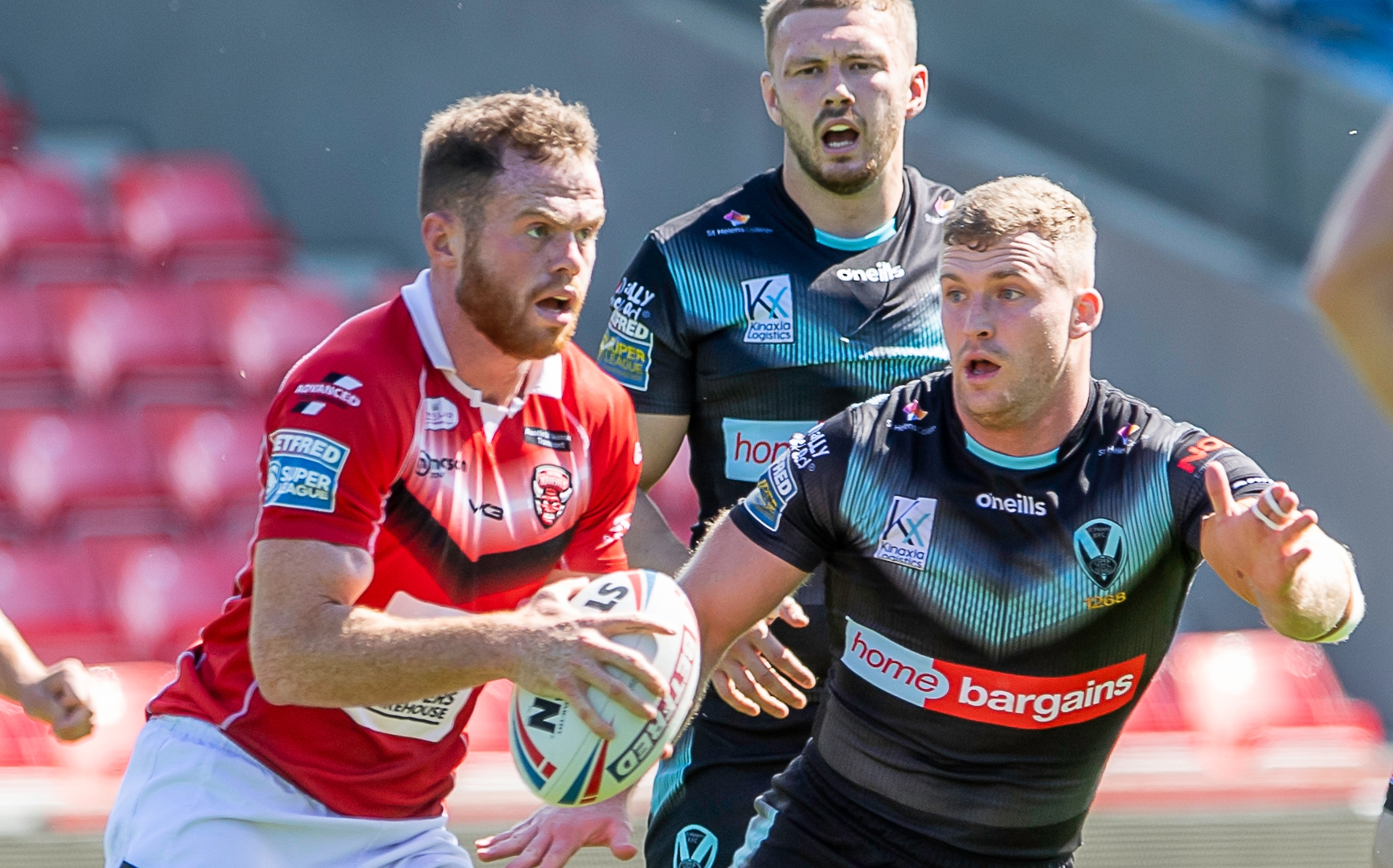 JOEY Lussick insists Salford should know what is coming as he looks to deny his old club a fairytale second Grand Final – he is pretty much the same player.

The St Helens hooker helped the Red Devils to Old Trafford in 2019, where he was ironically beaten by his current employers.

Now as the sides face off in Saturday’s Super League Semi-Final, the irony is not lost on the Australian but while the shirt may be different, the quality and attitude is not.

If the League Leaders’ Shield winners triumph, though, it may lead to one or two awkward messages between pals.

Lussick said: “I suppose to had to be Salford, didn’t it?

“But I’d like to think I’m pretty much the same player, only a little bit more mature, a little bit wiser and that I’ve developed my game a bit more.

“Anything can happen in the finals but the performance they put in at Huddersfield was no surprise – they’ve been building and building.

“And any team in this finals series will back themselves to be the best. Everyone thinks they’ve the best team and have the best chance of winning.

Most read in rugby league

“In the last couple of months they’ve come out in big numbers, which is good for the game.

“When it came to this time of year, plenty of people stopped me in the street and wished me the best of luck.

“It was a great time to be a part of. Now the script’s flipped and I’m on the other side. I’m still in contact with a couple of the boys there – Ken Sio and Greg Burke are the main two and I speak to Chris Atkin a bit.

“But this week the messages will be off, we’ll keep it until after the game.”

Salford v St Helens sets up the intriguing battle of starting hookers James Roby and Andy Ackers, but the man who normally comes off the bench has his own impact.

That has not stopped him being in awe of the legendary number nine, who has delayed his retirement to play an astonishing 20th season with his hometown club.

Lussick knows, though, the Salford man can do the job after seeing him when his days at the AJ Bell Stadium were coming to an end.

The 26-year-old added: “Words can’t put into place the player that James Roby is. He’s done everything possible in the game and it’s been great to work under him.

“He’s given me plenty of advice but he’s also allowed me to be me and play my game at the same time.

“Now I’m working with him, I can see how he’s been so good but he still leaves me scratching my head at how he does it so often.

“He puts a lot of hard work in but at the same time he’s just a freak of nature. Sometimes you get those blokes in the world and you can’t have too much explanation about it.

“But Andy’s always been a good player. I was lucky enough to play alongside him at Salford for a couple of months before I left.

“He’s always been a star player but in the last couple of months he’s really come out of his skin. With the form they’re in, a lot of players are stepping up and he’s done it a lot.”