A BRIDE incorporated this old-fashioned item into her big day, saying that her memories wouldn’t have been the same without it.

Hannah Townsend normally creates fashion content for her over 12,000 followers on TikTok, but after recently getting married she shared her biggest tip to make the day memorable.

“I haven’t seen this anywhere else and it worked so well,” she said in the clip.

“We had disposable cameras but instead of leaving them on the wedding breakfast tables, I gave one to each of my bridesmaids and one to one of the groomsmen.”

Hannah said she wrote instructions on the back of the cameras, giving each person a job on which specific thing to take photos of.

“I put little stickers on the back so everyone could remember what they were taking photos of.” 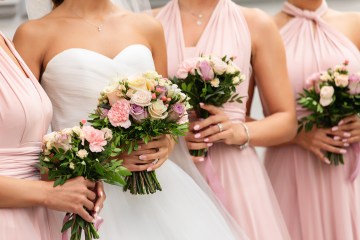 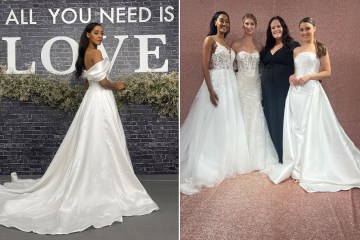 I’m a bridal model – what it’s really like, I get blisters but good perks

Some of the jobs included photos of the cake cutting, the wedding party and professional photos.

“While the photographer was there, one of my bridesmaids was behind and taking photos on film.”

Hannah said the photos turned out “so well” and it stood out from other weddings she had been to.

She added that it was less expensive than leaving the disposable cameras out as they don’t always get used to their fullest.


I was suicidal & quit fame to live on farm after Bake Off, says John Whaite

The video received thousands of views and comments with people calling the idea clever.

“This is so genius, and the photos look gorgeous,” wrote one person.

“I’m a professional wedding photographer, 10 out of 10 recommend THIS!!! I would LOVE THIS!” wrote another.

Others weren’t excited about the idea of giving the wedding party jobs during the big day.

“Oh go, don’t give people jobs,” wrote one person. “My brother-in-law did this and I felt I missed all the special moments being pressured to take the candid shots.”

“Is it rude if I wouldn’t want to be in charge of taking pictures during a wedding party? I just wanna dance and chill,” said another.

More people clapped back: “Then don’t agree to be a bridesmaid. Groomsmen and bridesmaids are there to help and it’s common for them to have little jobs.”