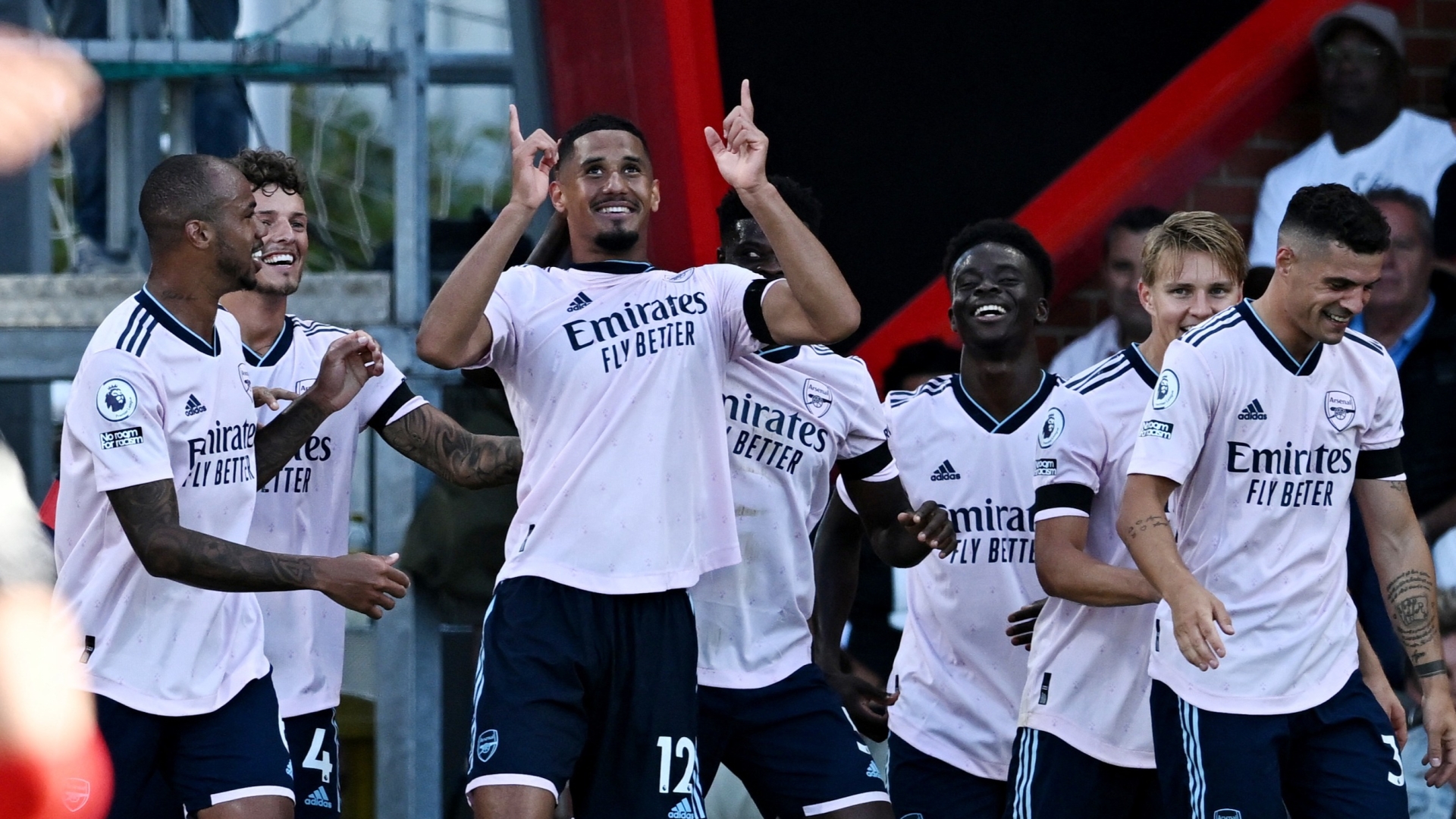 WILLIAM SALIBA has scored his first Arsenal goal as the Gunners continue to steamroller Bournemouth.

Gabriel Jesus’ superb run into the box set up a shot which Mick Travers parried into Odegaard’s path before the Norwegian added a second.

William Saliba then got in on the act, firing a sublime strike into the top corner to make it 3-0.

The Cherries are looking to get over the humiliating loss to Manchester City last weekend with a result against Mikel Arteta’s men, but now face an uphill task.

The Gunners left fans oozing excitement once again having defeated Leicester 4-2 at the Emirates on the weekend.

Follow ALL the action with our live blog below…