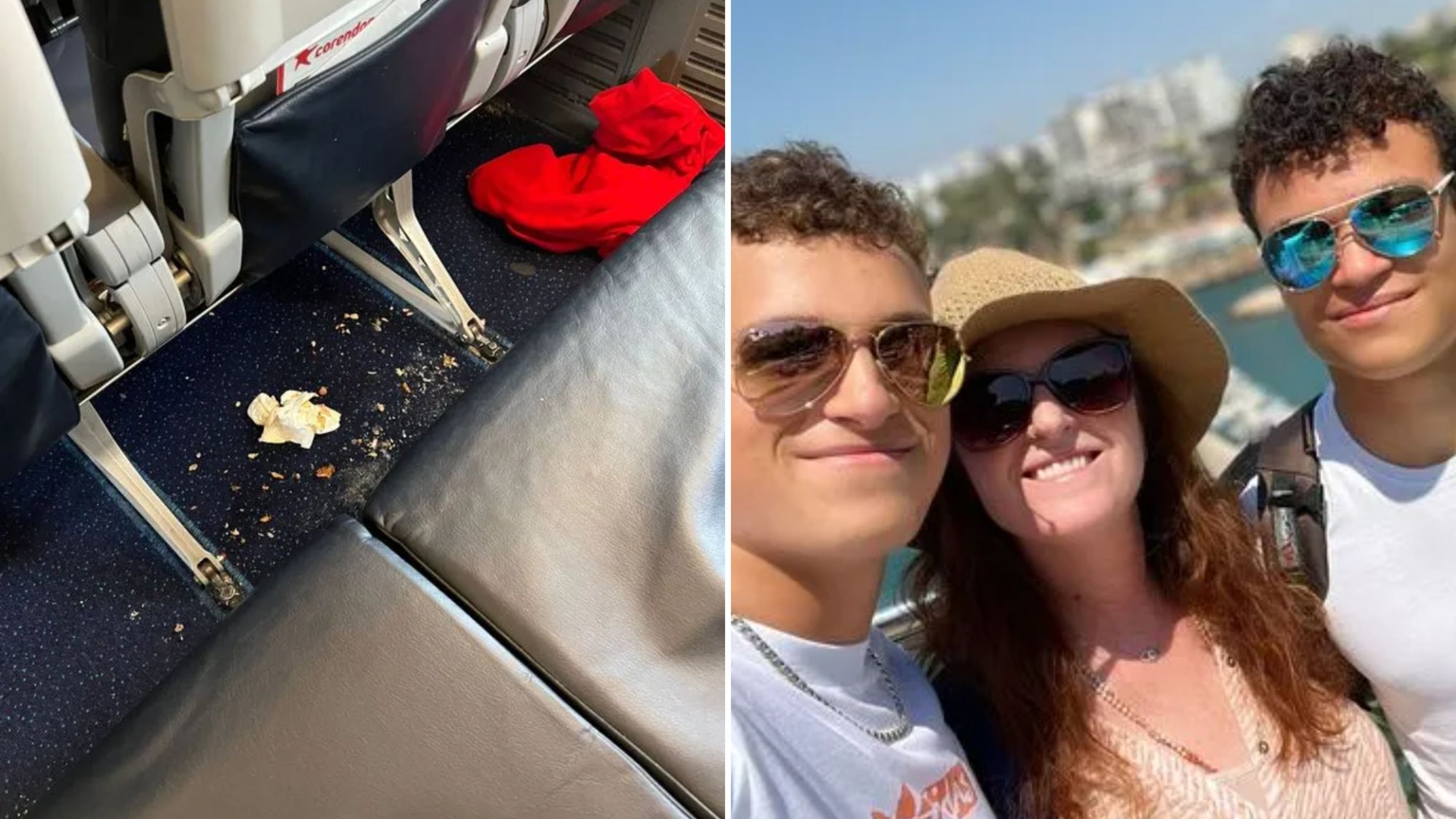 A FAMILY were left fuming after cabin crew reportedly told them to sit in vomit-covered seats on a flight to Turkey.

Justine Nagaur, 52, said staff had tried to disguise the vomit by plonking a blanket over the mess – and still expected the family to sit there on the four-hour flight from Stansted.

Staff had tried to disguise the vomit using a blanket[/caption]

The mum was heading on holiday with her husband Michael Nagaur and their two sons Zachary and Joshua on August 11.

The family, from London, flew out with Corendon Airlines for what was their first holiday abroad together in three years – forking out £2,500 on flights.

She claimed her son only realised the vile state of his seat when he picked up a blanket on the floor and found it was “wet” with sick, MyLondon reports.

When Justine complained to the cabin crew about the vomit-covered seats, she said one of them replied “it’s just like you need to complain for the sake of it”. 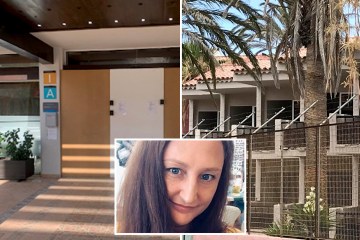 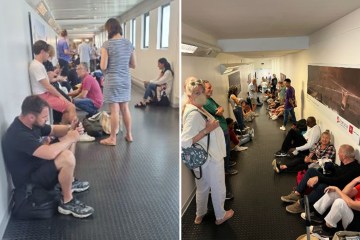 Justine said: “We were all squished trying to find our seat and put our bags up.

“I didn’t notice it immediately, just when the boys sat down and started turning around saying ‘ew’.”

Justine said her son couldn’t see it was sick at first as he was confused by the blanket.

But as he picked it up, he was disgusted to find it was “wet and had vomit on”.

The family didn’t understand why the sick hadn’t been cleaned up between flights.

Justine said: “They said they knew about it but weren’t going to stop the plane because of the vomit and their company policy is that they don’t have a contract with a cleaner so the plane doesn’t get cleaned.”

The furious mum said the crew expected her sons sit in the seats for the duration of the four-hour flight.

But they fought to get moved to a clean seat.

The boys had to sit with their legs up not touching the floor for around 30 minutes before the crew found them somewhere else to wait, and eventually another seat.

Justine said: “It was a fiasco. It was the fact when you feel like your’re in a surreal situation, when you feel an extreme reaction to something but people you’re meant to have a sense of trust are not only rude but completely apathetic about the whole situation.

“You start thinking ‘is it me, am I being too fussy’ and think ‘no this is really really disgusting’. It was the whole service.

“I was thinking my god we’ve just been through such strict regulations in the pandemic and I’m sat in a plane pumping whatever was in that vomit around the entire plane.”

She added: “Even pre-Covid you wouldn’t expect that situation. Planes are meant to be cleaned in-between.”

Justine said was “anxious” about using the airline again when they return to the UK at the end of their holiday.