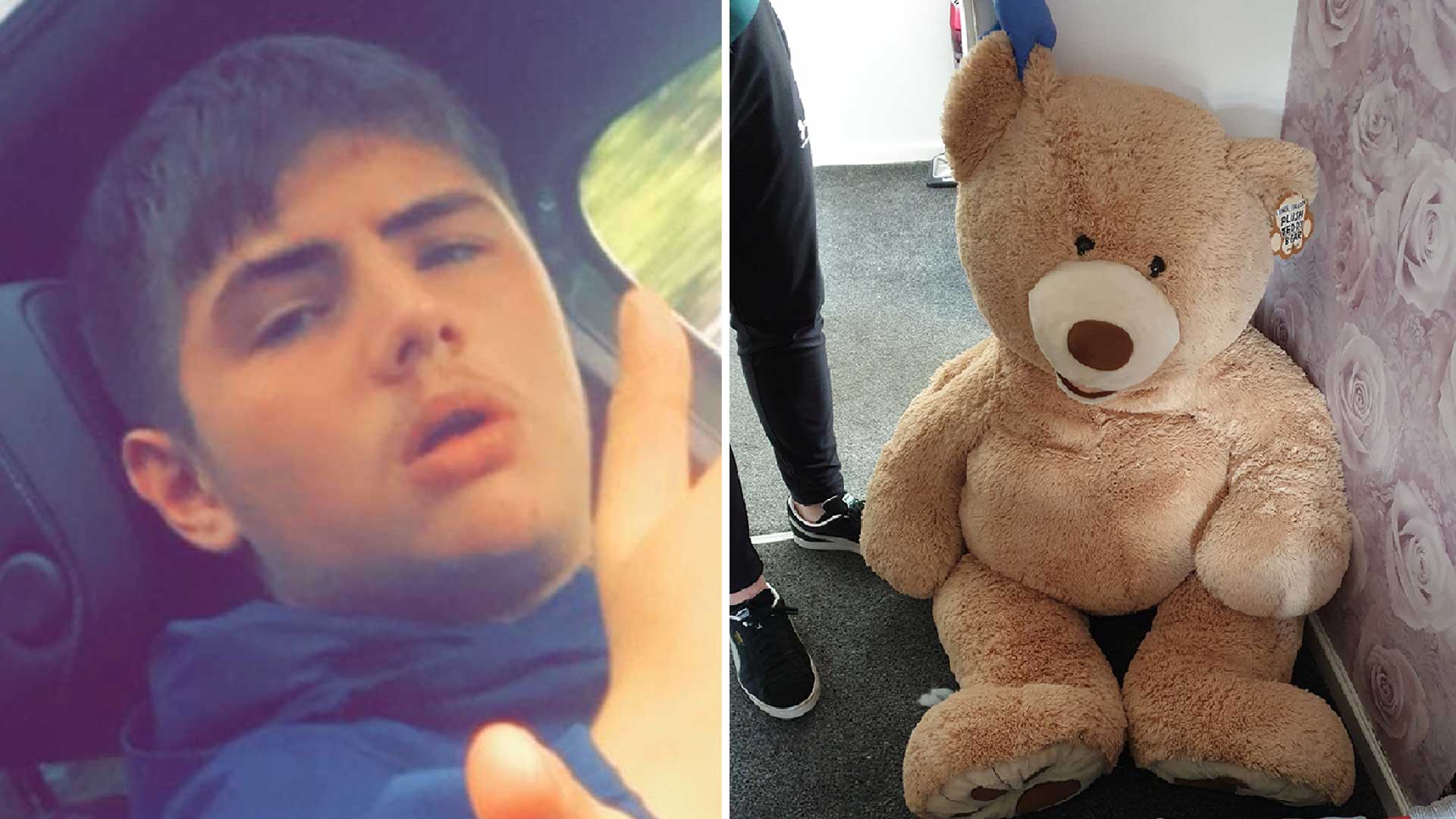 Panicked Joshua Dobson, 18, had squeezed through a large hole cut in the cuddly toy’s bum when officers raided his girlfriend’s house.

But they spotted that the bear, tucked in a corner, appeared to be breathing.

Dobson, of Rochdale, was arrested for nicking an £8,500 Mitsubishi SUV — and has now been jailed for stealing vehicles, driving while disqualified and making off from a petrol station without paying.

Greater Manchester Police tweeted: “When we went to arrest him, our officers noticed a large bear breathing in the address before finding Dobson hidden inside!

“It appears he tore a hole in the teddy bear’s bum before climbing in to hide. 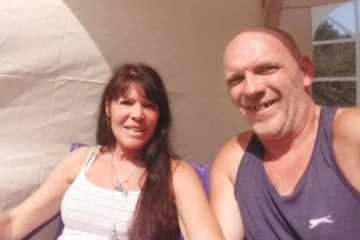 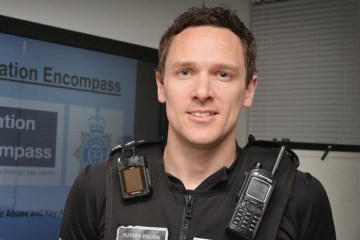 “He’s now stuffed behind bars after being sentenced last week.
“Hopefully he has a bearable time inside . . .”

Manchester and Salford magistrates’ court banned Dobson from driving for 27 months and jailed him for nine months last week.


Helen Skelton secretly signs up for Strictly after marriage split

He admitted stealing a Mitsubishi ASX SUV in May, driving while disqualified, driving without insurance, and refusing to pay for fuel at a petrol station.

He further admitted stealing a Vauxhall Astra van in March, stealing a toolbox and two tablets, as well as criminal damage.