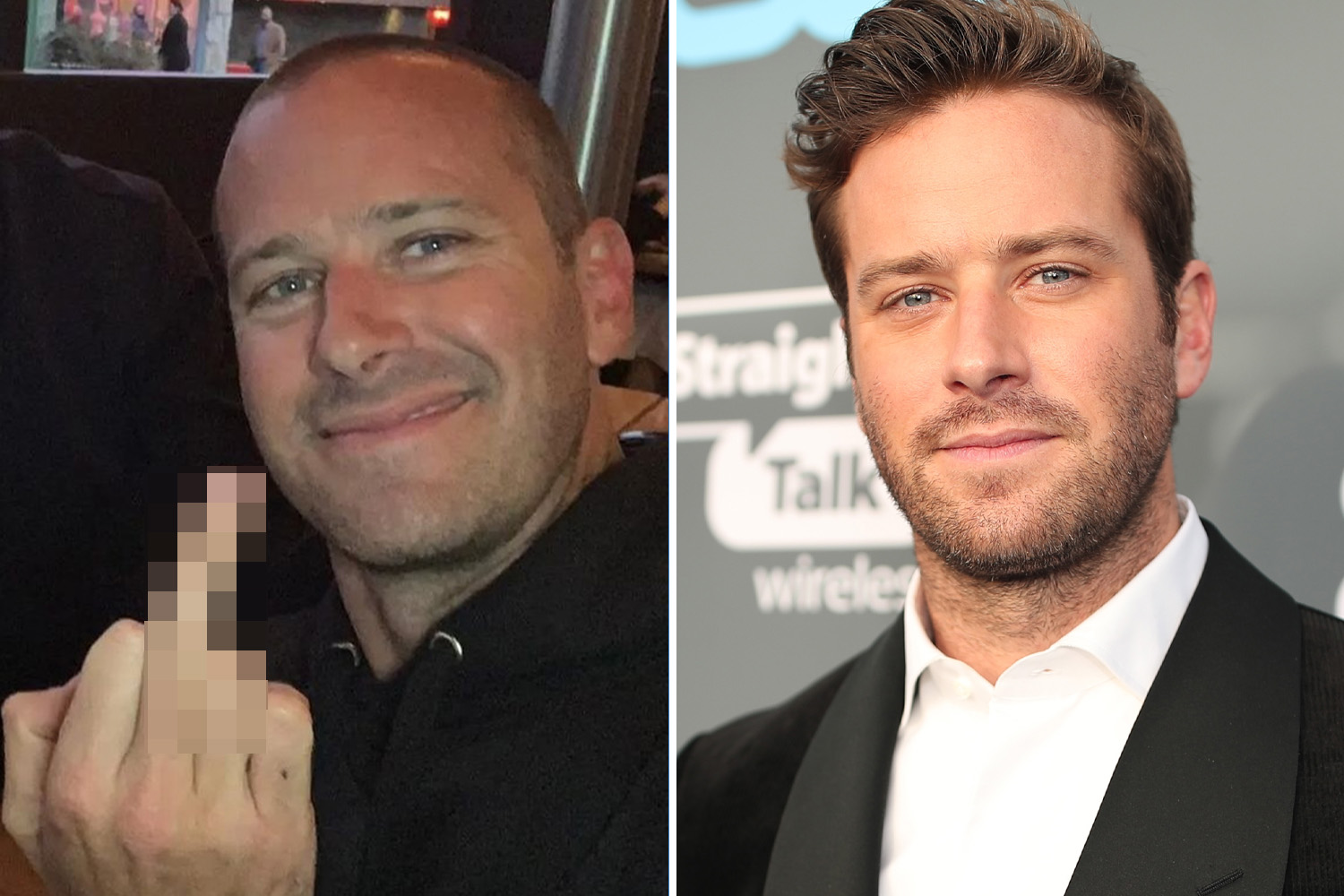 ARMIE Hammer was spotted looking entirely different ahead of the premiere for House of Hammer, the documentary about the shocking claims against him.

The Discovery+ docuseries will follow multiple sexual assault allegations against the star- as well as a claim from his ex that he was a “cannibal.”

The explosive trailer for House of Hammer dropped on Wednesday and revealed a series of shocking allegations.

In addition to Armie’s aunt, Casey Hammer, vowing to “expose” their wealthy family, multiple women who claimed to have dated the actor came forward in the doc.

The women read texts the alleged to be from Armie, 35, that depict graphic sexual violence amongst other shocking things.

The three-part docuseries will premiere on Discovery+ on September 2. 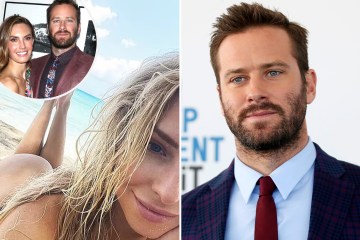 Armie has returned to the public eyeearlier this year after raising eyebrows over his cannibal sex and assault claims.

In a selfie shared by his friend, Hugie Mann, the Death on the Nile star smirked at the camera while holding up his middle finger.

He posed with his older friend as the two enjoyed lunch in Beverly Hills, California.

Fans were not pleased to see Armie back in action, as they took to Reddit to slam him for his past indiscretions.


Helen Skelton secretly signs up for Strictly after marriage split

“Disgusting,” one wrote, while a second agreed: “His face is so repulsive.”

“Hide your girlfriends, everybody. Armie is back in town and he’s hungry for ribs,” another wrote, hinting at his past cannibalistic words.

A fourth noted: “It’s crazy how unattractive a celebrity can look like once you know the truth about them.”

A final remarked: “Yeah his evil a** smile.”

In December, Armie completed his rehab after six months of treatment following shocking accusations of rape and cannibalistic sex desires.

A source exclusively told The Sun at the time: “Armie is out of the treatment facility where he spent months.

“He is doing really well and it’s wonderful news for his family. He’s back in the Cayman Islands.”

For many months, the star was hit with accusations of abuse by a number of ex-girlfriends, and disturbing messages, which were leaked on social media.

One message showed he allegedly claimed he was “100% a cannibal” and claimed to have told a woman: “I want to eat you.”

Armie was investigated by police in Los Angeles after a former lover, only identified as Effie, claimed he had “mentally, emotionally and sexually” abused her during their four-year relationship.

In 2017, Effie alleged that she was violently raped when Armie slammed her head against a wall.

She also alleged that he whipped her feet with a crop, which would hurt for days.

Armie’s attorney released a statement following the claims: “These assertions about Mr. Hammer are patently untrue. Any interactions with this person, or any partner of his, were completely consensual in that they were fully discussed, agreed upon, and mutually participatory.”

Armie and his wife, Elizabeth Chambers, announced in July 2020 that they were divorcing after 10 years of marriage.

The actor began dating a dental hygienist named Lisa Perejma shortly after their split, but the two have also called it quits as of February.

Sources exclusively told The Sun the pair have parted ways after Armie completed months of treatment at a Florida facility and was “focused on his recovery.”

“Armie and Lisa split a little while ago, but he’s doing really well and is in a much better place,” one source said, while The Sun confirmed that Lisa and Armie have also unfollowed each other on Instagram.

A second insider revealed: “He is definitely not back with Elizabeth, but they are on better terms and he sees his kids regularly.”

Armie and Elizabeth divorced in 2020[/caption]

The actor was accused of cannibal sex and assault[/caption]