A YOUNG mum has been trolled online and criticised by her own midwife because of her tiny baby bump.

Not only that but the mum bounced back almost immediately, leaving people equally stunned and baffled.

Izzi Mitchell, 20, from Lincolnshire, was criticised for her small bump throughout her pregnancy as she didn’t start showing until her third trimester.

The content creator and brand influencer fell pregnant at 19, but her slender figure meant she didn’t look like she was pregnant, trolls even claimed she was faking it.

Izzi even bounced back to her usual size just four days after having her baby, Lottie.

She explains: “I would always have people asking me to show them my scan photos to prove that I actually was pregnant. 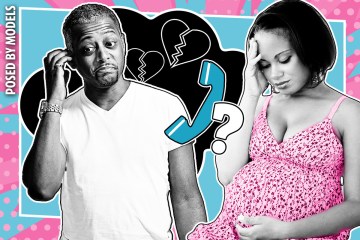 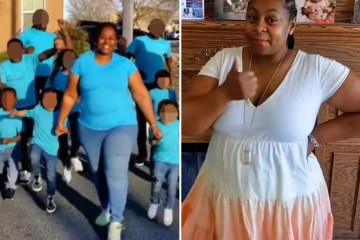 “I just looked like I was bloated, I could fit into my size eight skinny jeans until I was 24 weeks pregnant it was great.

“I didn’t look pregnant until I was 26 weeks pregnant.

“I thought I was just bloated and on my period as I started bleeding a little, but my friend told me to just do a random test just in case.


I'm midsize & women always give me the same backhanded compliments


Sleep guru says you can put kids to bed at 5.30pm & get them to sleep through

“They would be shocked when I told them I was in my third trimester, they would say they thought I was only about 12 weeks.

“People would ask me if I’m sure I’m pregnant, they’d also ask me if I was ill.

“Other people would also tell me I should eat more.

“My midwife even wrote in my notes that I had a bad diet, although I was actually eating.

“I knew I was pregnant from four weeks, I just didn’t show it until really late on.

It was only until Izzi’s third trimester that she developed her baby bump, but small bumps run in the family as Izzi’s mum was the same when she was pregnant.

Due to the negativity Izzi would receive, she would constantly hide her small bump so people wouldn’t make comments.

Izzi explains: “I would wear jumpers to hide my bump because I couldn’t be bothered with the comments people would make.

“I would have other mums making comments about my body and that they found it really unfair.

“I was ill but I was definitely pregnant, I did a few tests and they were all positive.

“I even bounced back four days after giving birth and got my flat stomach back, it was great.

“That meant people would also make negative comments towards that as well though.

“I now just respond agreeing and saying how amazing it is to be able to bounce back so quickly and that usually shuts down any negative comments.

“People would tell me I think I’m better than others but that really isn’t the case and I’ve never said that.

“You definitely need a thick skin and I am lucky it doesn’t bother me.

“My mum just told me to embrace the fact I have my body back.

“I’m not someone who gets offended easily, I just laugh it off.”

She was able to hide her bump with baggy clothes[/caption]

She only looked pregnant before going into labour[/caption]

The mum is now back to her normal size[/caption]