WOMEN who are well-endowed up top have long felt stuck sticking to stiff and uncomfortable underwire bras.

But one TikToker with a bigger bust insists she’s found a great bralette that fits her large chest.

Brittany Rendak showed off the bralette, which comes in cup sizing[/caption]

Brittany Rendak, who goes by @backtobrittany on TikTok, has gained a following of over 110K users thanks to her fashion tips and lifestyle advice.

In a video posted in June, she films herself reacting to the statement: “You are too busty to wear a bralette.”

It’s clear she’s annoyed by this idea, but she soon smirks at the camera and unfolds her arms to reveal that she is, in fact, wearing a bra with no underwire.

Thrilled, she smiles and dances in her light blue-green bra, saying she found “the right one that fits bigger-chested ladies.” 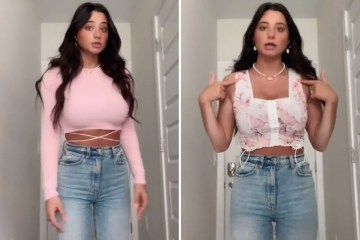 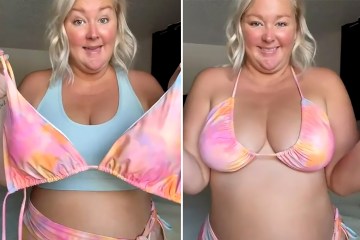 Her bra is the Mysa Cup-Sized Bralette, $54, from Montelle Intimates.

According to the product description on the brand’s website, it has removable pads, a U-bac shape, adjustable straps, and no wires.

Brittany has shared lots of shopping finds on her TikTok page, including a chemise from the same brand.


Sleep guru says you can put kids to bed at 5.30pm & get them to sleep through


I love sunbeds so much, I will put the max intensity on & have no fans


I wanted dainty leaf tattoo but it went SO wrong, everyone is saying same thing

The Los Angeles influencer posted on TikTok in June, looking frustrated as she sifted through a huge pile of clothes alongside the caption: “Never finding cute lingerie that fits my body type right.”

Brittany yelled in frustration as she through all the garments on the floor, but a moment later, she revealed that her problem was solved: “Until I found this chemise from Montelle Intimates.”

She came out wearing a light blue, spaghetti-strap chemise that costs $69. 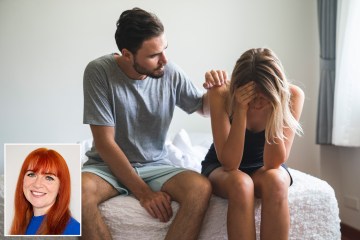 She also modeled a $20 slip dress from Target.