CRISTIANO RONALDO has appeared to confirm he WILL return to Manchester United action this weekend.

The 37-year-old has suggested he will feature in Sunday’s friendly against Rayo Vallecano at Old Trafford.

Ronaldo is not part of the 21-man squad travelling to Norway to take on Atletico Madrid tomorrow.

But the superstar forward has said on social media he will feature against Vallecano.

Replying to a post on social media about him missing the weekend’s games, he wrote in Portuguese: “Domino o rei joga.”

The phrase translates in English to: “Sunday the king plays.” 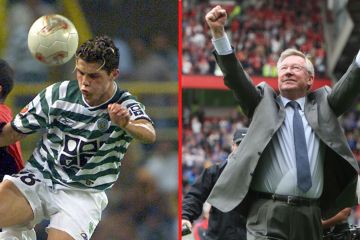 With new season just a week away pick your Dream Team – and win up to £100k!