HER dad is one of the country’s best known footballers and she already runs her own swimwear line, so it’s no surprise Gemma Owen is used to the finer things in life.

And while she’s certainly not flashy, the dressage rider has given glimpses of her luxe wardrobe in the Love Island villa.

This year the lucky Islanders have been treated to unlimited pairs of shades from Quay, but Gemma has been spotted in her own pair.

The 19-year-old has been rocking a pair of aviators from Dita Eyewear, which would have set her back over £2,000.

The bling doesn’t stop there though because fans will have noticed Gemma is never without her gold necklace.

The stunning piece, which features a string of linked Xs, is in fact a limited edition piece, with a hefty price tag. 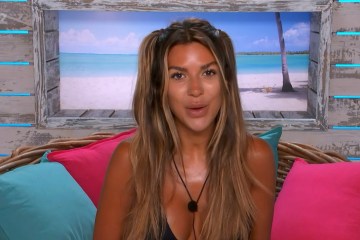 Love Island’s Ekin-Su is related to a famous rapper 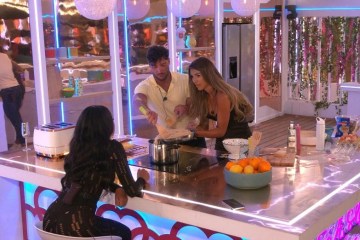 The star always wears her gold bracelets, which include a stackable set from Chlobo, that would cost around £350.

Eagle-eyed viewers have also spotted that Gemma has been rocking Louboutin heels in the villa, which can cost over £1k.

Others pricey looks, have included a £159 dress for her date with Luca.

Gemma lives a lavish lifestyle thanks to her dad, who is thought to be worth £50million thanks to his football career.

However, she is thought to have made her own money from racking up three wins on the international dressage circuit.

She also has her own swimwear range, though it’s not thought to have made significant sums of money yet.

Appearing on Love Island, traditionally a fast-track to millionaire status for its biggest stars, will also raise her profile significantly.

Her number of Instagram followers have already rocketed to just shy of 400,000 and has already has a PR company working on her behalf.