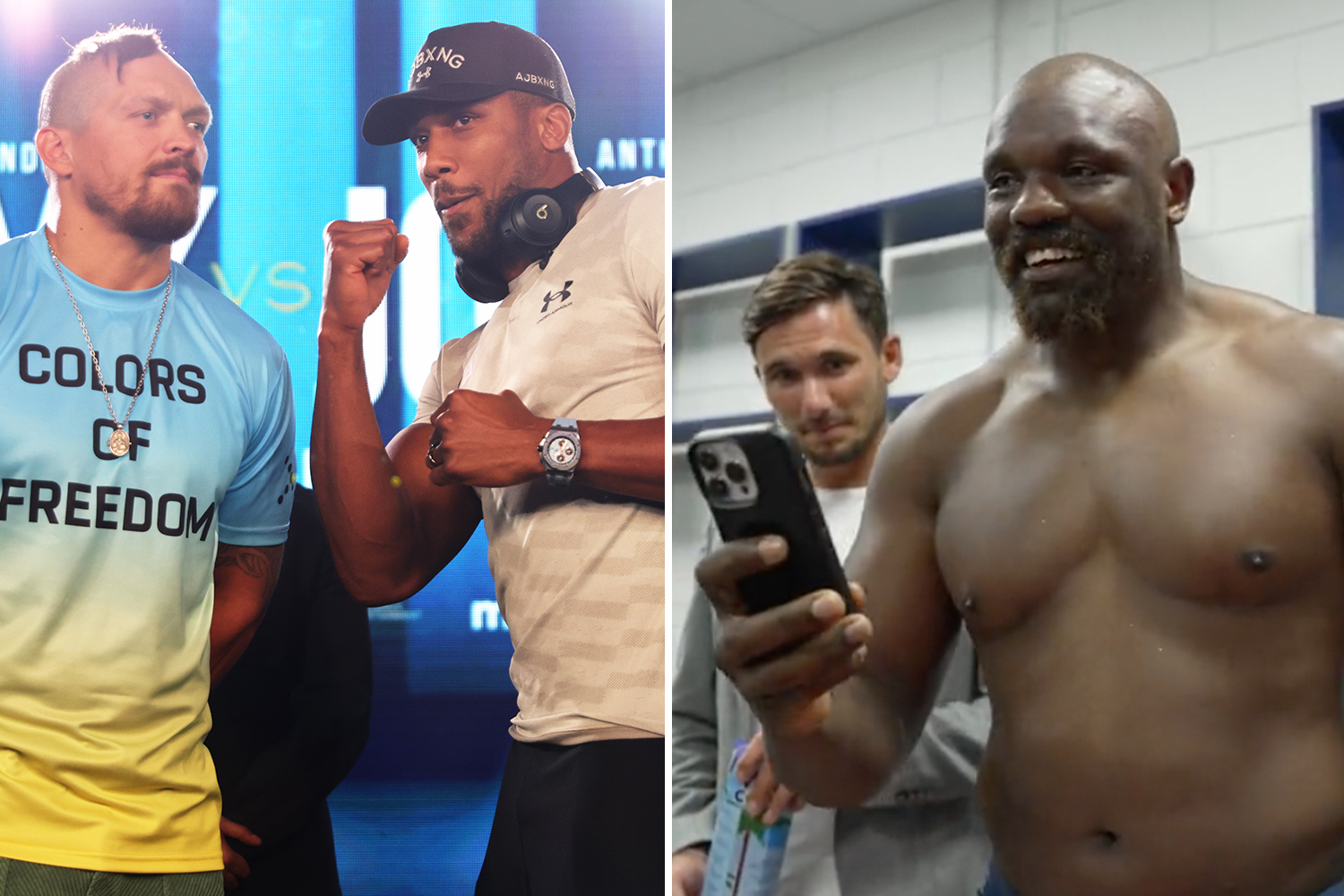 DEREK CHISORA’s revenge rampage will take him to Saudi Arabia next and Anthony Joshua’s corner.

The 38-year-old heavyweight won his first fight of the decade on Saturday night, outpointing Kubrat Pulev to end a three-fight losing streak dating back to 2019.

I’ve won my rematch and now it’s @anthonyjoshua’s turn next. I’ll be there to support in Saudi #UsykJoshua2 pic.twitter.com/EEn8rRCbiN

The bloody and brawling victory settled the score after the Bulgarian beat Del Boy on a split decision in 2016.

And Oleksandr Usyk – who War Chisora lost to in 2020 – is the next redemption mission after Chisora vowed to travel with AJ to Jeddah for his must-win rerun against the 35-year-old Ukraine ace.

On a video call with his Finchley ABC protege and longtime friend to celebrate his win – and laugh about how Joshua managed to stop the granite-chinned 41-year-old in 2020 – Chisora vowed to join him in the Middle Eastern for a crack at shared retribution.

Chisora grinned: “I have to give you a shout-out because that guy was strong. 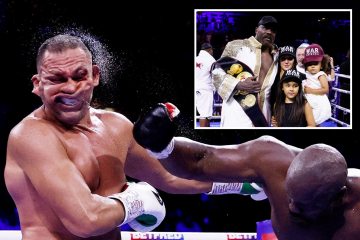 “I thought, ‘what the f*** did AJ hit him with because I cannot get him to go down. What the hell did he hit him with?’

“Bro, I am coming to Saudi with you, I am coming don’t worry. I am flying to Monaco and then on to Saudi, I will see you there.”

Joshua, seen on Chisora’s camera lying down on a crisp white pillow, said: “I was going to tell you that I want you to come, I need that, whenever you are ready”.


Usyk is 'best boxer Joshua will EVER face in his career', says Bellew

RUN OF THE MILL

After hanging up the phone with AJ, Chisora revealed he would be helping Joshua train for the rerun after just 48 hours rest.

“My goal now is to rest for two days and then go and see my little brother and put him through his paces,” he said.

“We want him to win the rematch so I will rest for two days and move in with him now.”

Even though the packed O2 loved watching their hero get back to winning ways, few of us want to see him face a puncher as terrifying as Deontay Wilder next, as veteran Pulev tagged him enough times to cause concern.

But the reformed bad boy, Brexiteer and Boris Johnson fan takes advice from nobody when it comes to his rollercoaster career and aversion to retirement.

“I want to go to America, I want to feel Wilder’s power,” he said bravely but worryingly.

“I want the Bronze Bomber, if you are listening or reading, come and give me some of that power.”

Promoter Eddie Hearn is eager to match Chisora with violent KO artist Wilder but confirmed that he would also like to make the trilogy clash with Dillian Whyte.

The Brixton Body Snatcher is a promotional and broadcasting free agent – whose major pay-per-view fights have all come on Sky or BT Sport – so the Matchroom mogul will need a massive offer to lure Whyte over to streaming app DAZN.