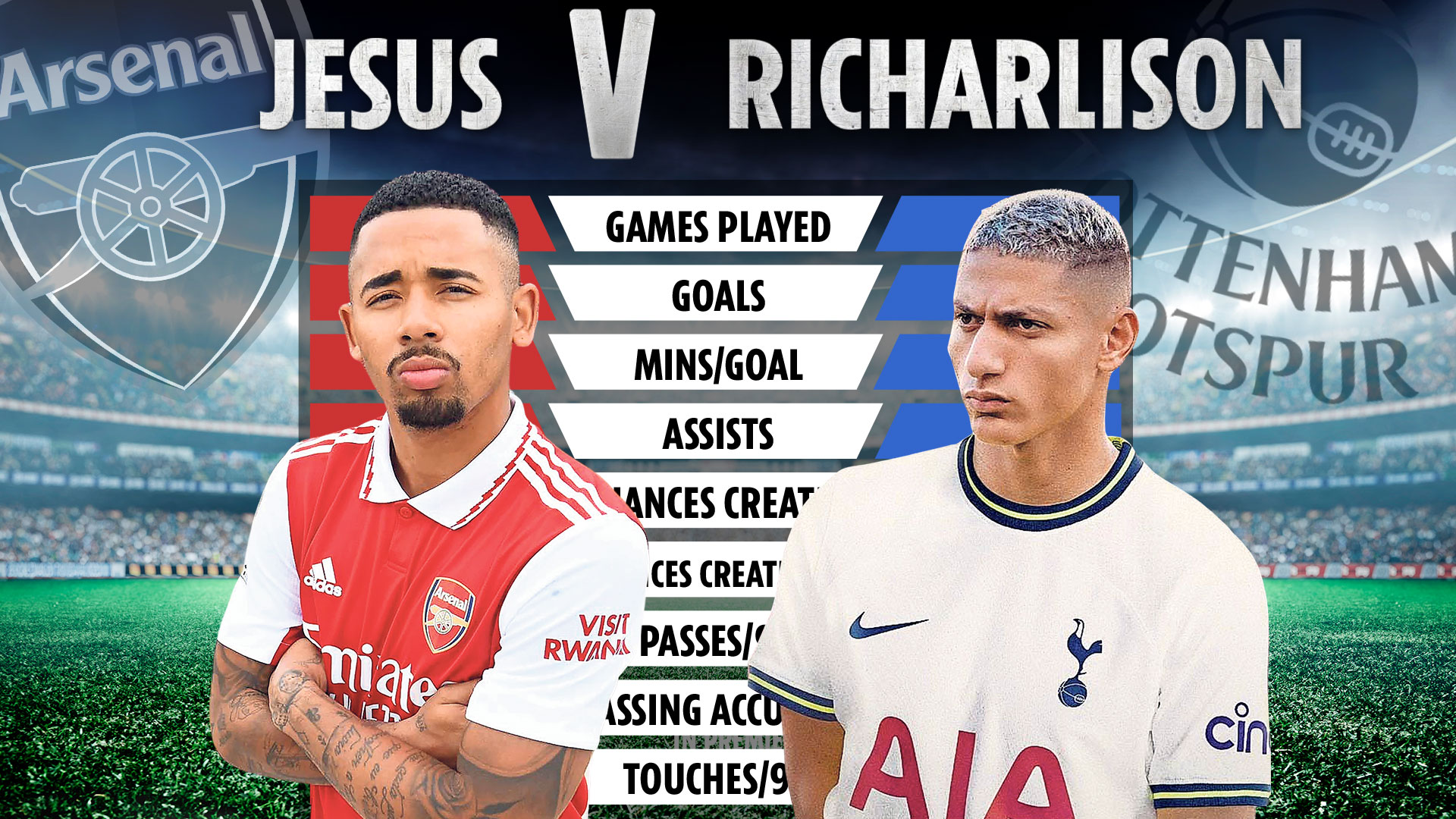 GABRIEL JESUS and Richarlison have each headed to different sides of North London in recent days – but who is the better signing?

Both forwards are more than proven proven at Premier League level and the Brazilian pair have the ability to score goals.

Richarlison was confirmed as a Tottenham player on Friday[/caption]

Jesus has this morning been confirmed as an Arsenal player in a £45million deal from Manchester City, while Richarlison swapped Everton for Tottenham on Friday for £60m.

The pair are both capped at international level by Brazil and no doubt know each other well from their time with the national team.

But the Samba Stars are now bitter rivals as they prepare to face off on opposite sides of North London. 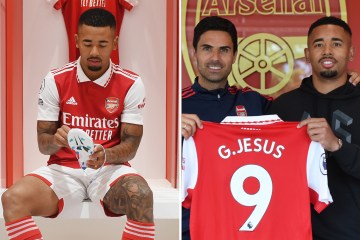 Richarlison on the other hand has less goals in more games – 48 strikes in 173 to be exact – finding the back of the net every 291.2mins on average.

And Jesus also has the edge when it comes to creativity with a credible 29 Prem assists to his name compared to Richarlison’s 16.

Jesus creates more chances for his teammates on average too – doing so 1.5 times per game, compared to Richarlison’s 0.9.

Finally, Jesus is more accurate with his passing and averages more touches per 90mins than Richarlison does.

Statistically Jesus holds the edge over Richarlison in every single department, but that could all change after a season with their new sides.

Richarlison is sure to find the back of the net in what looks set to be a rotating front four with Son Heung-min, Dejan Kulusevski and Harry Kane.

Jesus meanwhile will have the likes of Bukayo Saka and Martin Odegaard creating chances for him.

And Arsenal are sure to be out for revenge after Spurs pipped them to a Champions League place in the closing weeks of the 2021-22 campaign.