KSI hailed Logan Paul’s switch to WWE as his boxing rival lined up a huge bout against The Miz.

Logan Paul has already tasted WWE, as the partner of The Miz, but could take on his fellow American as his first real opponent[/caption] 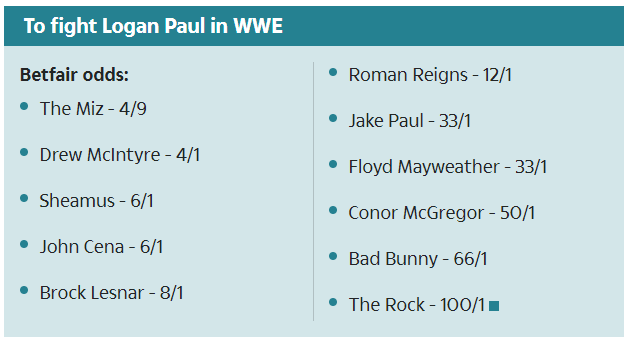 The YouTuber was twice beaten by KSI – as an amateur and as a pro – before they became business partners.

And on Paul’s new move, fellow social media star KSI posted on Instagram: “Been watching WWF/WWE for so years and to see you achieve this is legit unbelievable. Congrats.”

Back in April Paul showed WWE fans what he might be capable of.

He partnered The Miz against Rey and Dominik Mysterio at WrestleMania 38 in Dallas, Texas. 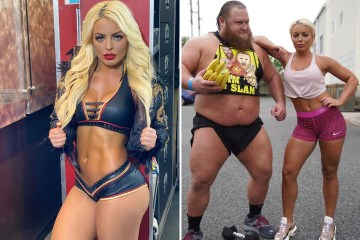 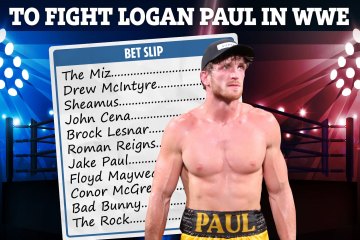 But he was uncharacteristically restrained on Friday when announcing his official deal.

But he later warned 41-year-old Raw superstar The Miz as he held up a piece of paper saying: “Coming 4 u @Miz.”

And WWE legend Paul ‘Triple H’ Levesque didn’t hold back with his enthusiasm for Logan paul’s arrival in WWE.

SCOTT TO BE DONE

NICK IN THE NICK


Nick Kyrgios fined £8,211 after SPITTING towards Wimbledon fan after win

He tweeted: “I think it’s safe to say @LoganPaul shocked the world with his abilities as a guest at #WrestleMania … just imagine what he’ll do as a @WWE Superstar. Congratulations and welcome!”

And Stephanie McMahon, who is WWE’s interim chairwoman and CEO, said: “Welcome to the dance @LoganPaul.

“Excited to have you as a part of the @WWEUniverse!’”

KSI could even join Paul in the wrestling world – eventually.

The 29-year-old from Watford said:

‘Man, that’s my childhood. I used to watch Stone Cold Steve Austin, The Rock, Hulk Hogan, Sting, Mick Foley/Mankind, The Undertaker, all these guys, Triple H,’ he said last year. ‘I’m a fan, so it would be a dream come true to fight in the WWE.’