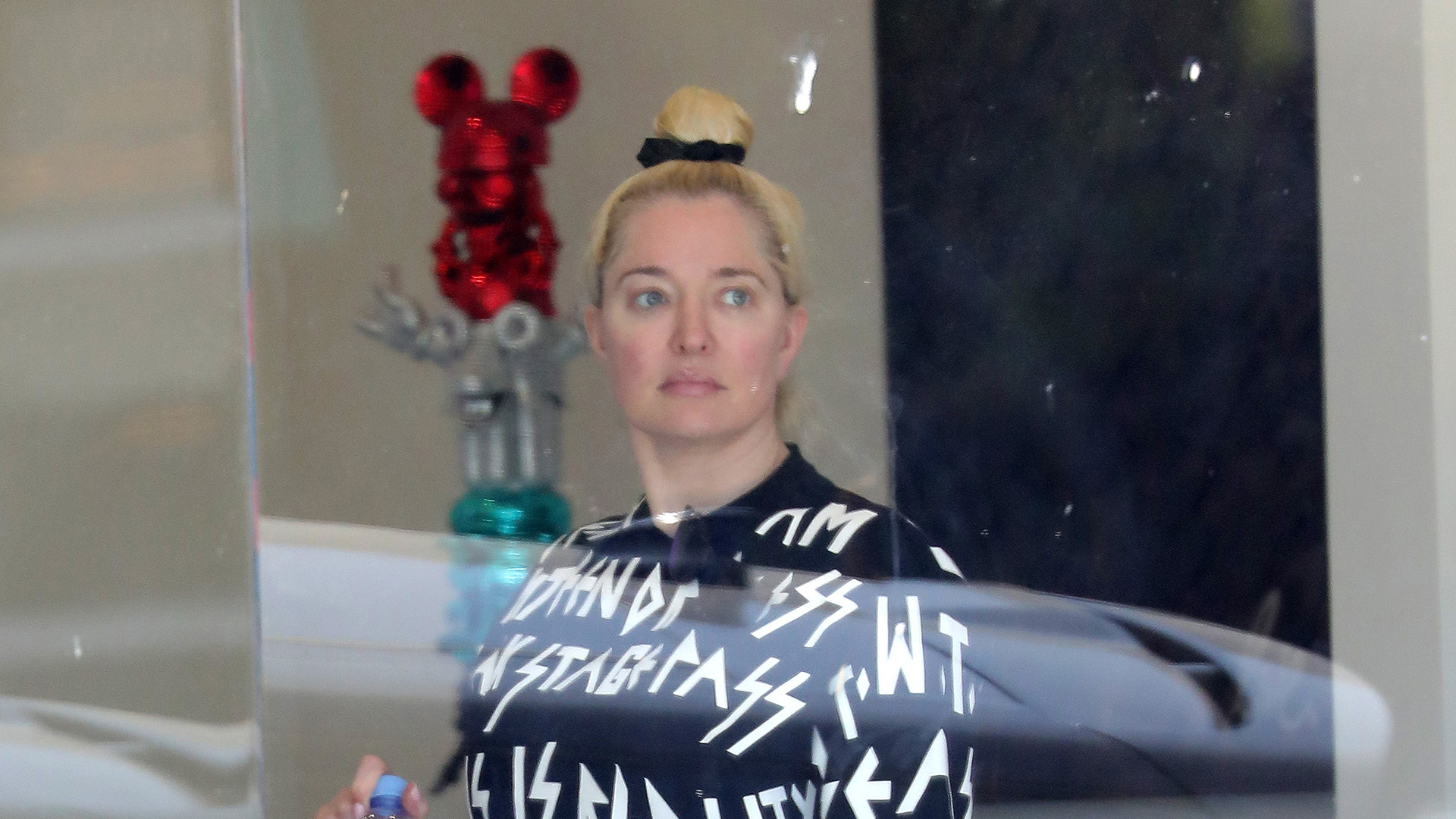 ERIKA Jayne showed off her natural skin as she stopped by a Wellness Spa for some pampering in West Hollywood on June 17.

And despite owning millions of dollars in taxes, the Real Housewife of Beverly Hills star still found a way to spend six hours in the facility.

According to their website, “Elite Aesthetics are known as the body contouring experts.

At Elite Aesthetics, patients can work with professional body sculpting and aesthetic experts to create and complete a personalized treatment plan for their faces, bodies, or both.”

The center also offers “several high-end cosmetic injectables, which can treat signs of aging,” as well as “a noninvasive procedure that reduces or gets rid of cellulite.”

It’s not clear what Erika was doing at the Spa, but she entered and left showing off her natural skin.

The 50-year-old, who is is being asked to hand over a pair of $1.4million diamond earrings from her ex Tom Girardi in a bankruptcy lawsuit filed by a trustee for his law firm, is still spending money on her personal “glam squad.”

The TV personality has kept her hair and makeup team close to her throughout the years and they have been heavily featured on the Bravo show since she first joined in 2015.

Despite the Pretty Mess singer facing a $25 MILLION lawsuit against her while her ex, Tom Girardi, admitted to “losing $50-80 million in cash” while allegedly “stealing from orphans and widows,” the star’s glam team continues to work closely with her.

A source close to the reality star told The Sun: “Her squad is all genuine friends with her, they are not fair-weather friends that left when things got hard.


We can't open our windows, sunbathe or have a BBQ on hottest day of the year


Bankrupt Katie Price suffers photoshop fail – can you spot it?


Disabled easyJet passenger falls to his death at Gatwick Airport

“They truly are her confidants whether or not they are on her payroll.”

The insider continued: ”They continued working with her during all the drama this season of Housewives but not as often.

“And they’ve done her up off-camera since then too. They are sticking by her side.”

But Erika’s financial setbacks seem to only be growing.

According to a letter from the Franchise Tax Board and viewed by The Sun, she already owes more than $2.5million from 2011 to 2013 for her company EJ Global, which is currently suspended.

In a declaration filed earlier this week, she claimed that in late May of this year her business manager received yet another Income Tax Due Notice bill from the California Franchise Tax Board which states she owes $2.2M in taxes for 2019.

Fugitive murder suspect could be in disguise & have burner phone, PI says

Inside argument between Nipsey Hussle & his ‘killer’ after clip showed ‘murder’

“I am in the midst of trying to figure out the basis of this tax bill with the assistance of my business manager, who is also an accountant,” she wrote. “I do not have the ability to pay the FTB tax bill.

“I also do not know if the FTB is claiming any sort of lien on my assets, which include the diamond earrings.”

Erika’s ex, Tom Girardi, faces a bankruptcy lawsuit filed by a trustee for his law firm[/caption]