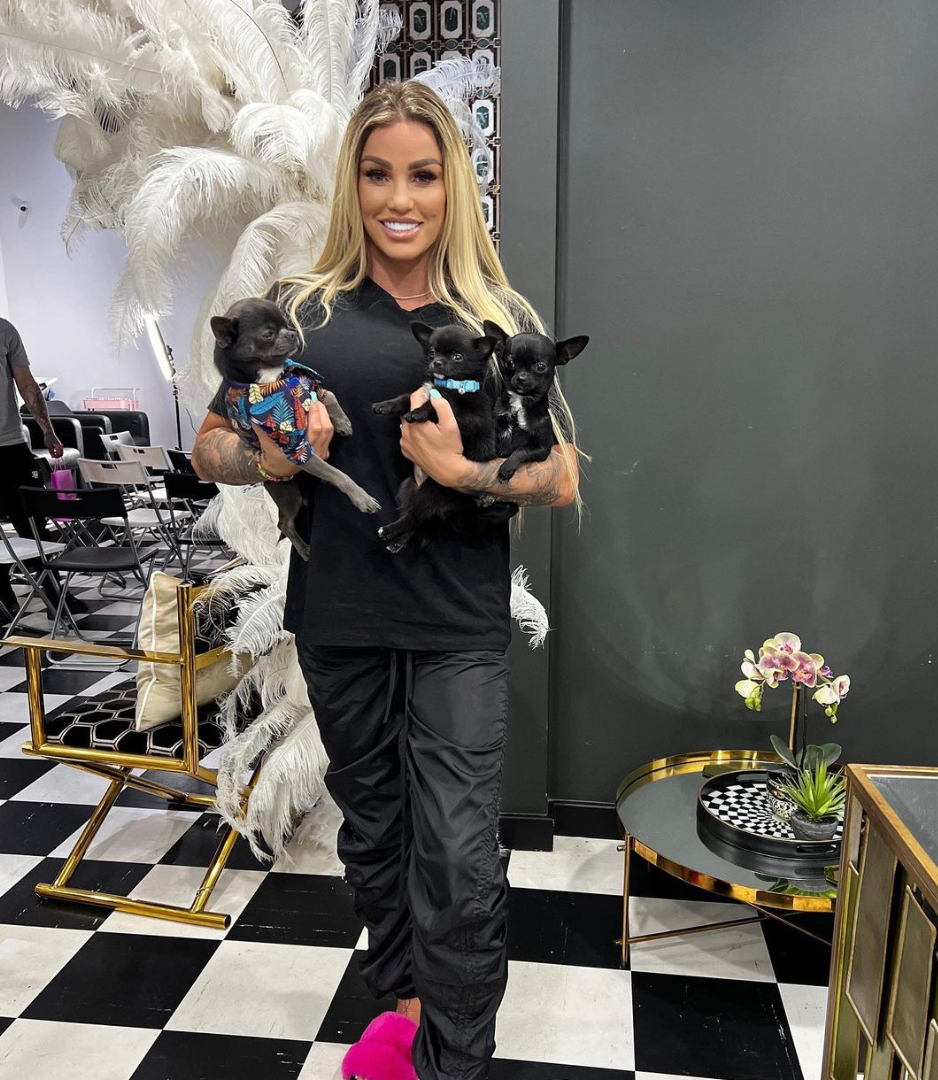 KATIE Price has angered fans after she showed off her new puppies wearing jackets on the hottest day of the year.

The former glamour model has been travelling around the country for her make-up masterclasses in recent weeks.

Fans have forked out £80 to meet the star, receive make-up tips and take pictures with her.

On Friday afternoon, Katie thanked fans for their attendance and posted a snap on Instagram of herself and her three dogs – but it didn’t go down well with some.

Dozens of people soon flocked to the comments section to complain about the 44-year-old bringing her pooches along for the ride.

One person fumed: “Turfing up on the hottest day of the year with that poor little dog in a bag was beyond cruel. Animals are not accessories!”

Echoing their comments, someone else vented: “Way too cruel to cart these dogs around everywhere – particularly in today’s heat!”

While a third questioned: “Why’s the dog got a coat on? Animal cruelty at its finest.”

Fans reportedly left after the star arrived at her make-up masterclass event in Birmingham more than an hour late.

According to Birmingham Live, some fans arrived early at the venue to see the star for her make-up masterclass tour and were left frustrated when they were left waiting in the hot weather.

But it looked like the TV personality was stuck in motorway traffic and even shared the footage on her Instagram Stories.

“So typical, all on time and guess what? On the motorway and this sign has popped up and now we’re in traffic,” she told followers.

“So we’re probably going to be late for everything today now. Great. Great. Hardly even started the journey and look at this. Oh dear, oh dear.”


Bankrupt Katie Price suffers photoshop fail – can you spot it?


Me & Kate were over when she broke my guitar & burnt my teddy, says Pete Doherty

It was reported that staff from the venue came out to provide attendees with water at 5:15pm.

“We’ve got other things to do!” one woman reportedly said, while another apparently said that she wanted her money back.

It is understood that a few people left after the long wait.