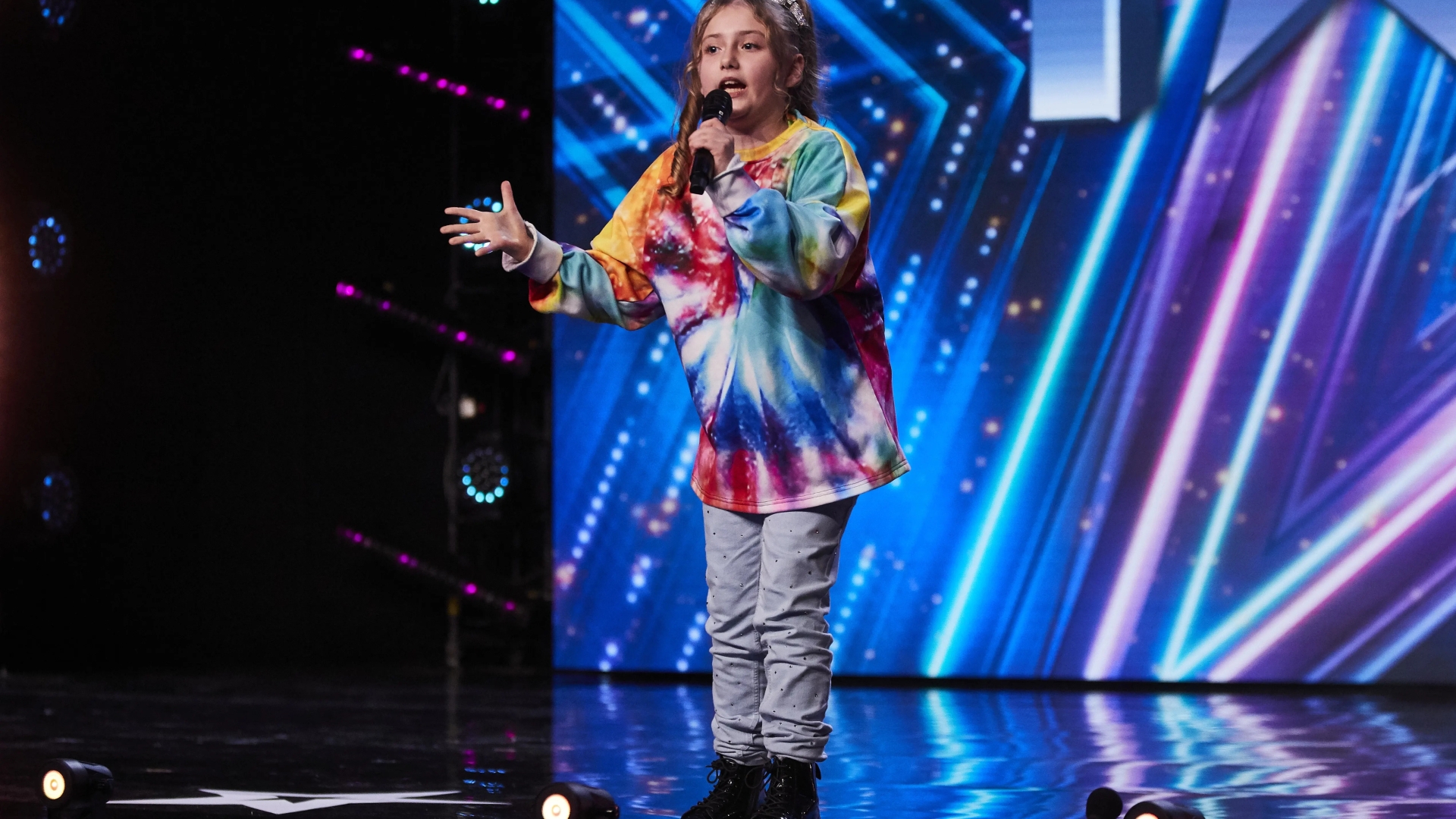 BRITAIN’S Got Talent viewers were left gobsmacked as singer Immi Davis took to the stage – and revealed she was just nine.

The youngster had the audience and judges on their feet as she belted I Put A Spell on You.

After her performance, judge David Walliams was quick to question if she was miming because her voice was so amazing.

Taking to Twitter to discuss her performance, one person said: That kids voice sounded wayy older, I questioned if it was actually her tbh..

A second added: “How does a 9 year old sound like that #BritainsGotTalent

While a third wrote: “Wow, she is 9 years old!!! Brilliant #BGT #britainsgottalent.”

Others were furious she didn’t get the Golden Buzzer, while some compared her to the late Amy Winehouse.

Simon Cowell was just as impressed, saying: “You’re not human! Nine-years-old? Impossible! That is extraordinary… you were incredible.”

Alesha continued: “It’s like you transformed from this cute nine-year-old and then you’re like ‘Pow! Take that!’ We really were under your spell, I loved it.”

While Amanda added: “It sounded so retro, vintage, other worldly. It was amazing.”


I was hours from death after suffering heart failure, reveals Martin Roberts