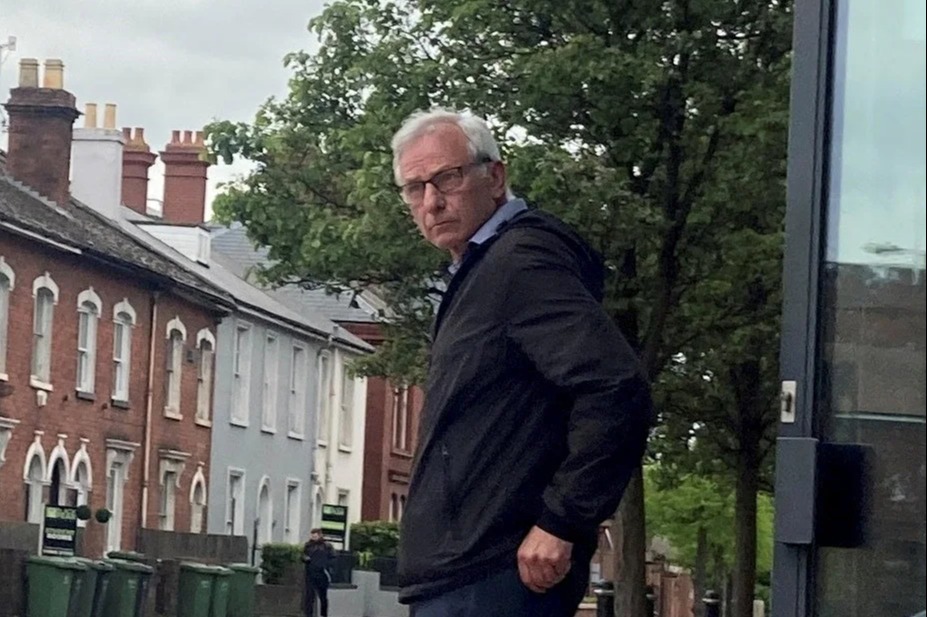 A SCHOOL litter picker grabbed a child by the tie and threatened “I will break your neck” after the boy kicked an apple and refused to pick it up, a court heard.

Break time supervisor Andrew Griffiths, 58, was cleaning up in the playground of The Chase School when the assault happened.

Andrew Griffiths, who threatened a young boy in a school playground[/caption]

The Chase School in Malvern[/caption]

Griffiths, of Malvern, Worcs., grabbed the 13-year-old boy by the neck, pulling his tie and jumper while he tried to make him pick up pieces of an apple the boy had just kicked.

Eleanor Peart, prosecuting, told the court how Griffiths had asked the child to pick up an apple and put it in the bin – instead the child kicked it.

She said: “The complainant kicked the apple towards the bin.


Footballer, 27, dies after being hit by cop car as brother pays tribute


Family who appeared on This Morning faked illness to scam council of £734,000

”The defendant proceeded to grab him by the neck and pulled him around and said ‘pick the apple up or I will break your neck’.

“He was pulling the complainant by the tie and jumper.”

The 13-year-old boy suffered no visible injuries and the incident was immediately reported to a teacher.

Griffiths had initially applied for a role as a teaching assistant at the school in Worcestershire but was instead employed as a playground supervisor after being ‘passed over’ for the role.

One of his playground jobs was a litter picker, which involved him wearing a high visibility yellow tabard.

Ian Parsons, defending, said his client was of previous good character with no previous convictions.

Mr Parsons said the boy had kicked the apple which caused it to break apart and, when Griffiths asked him to pick it up, he was ‘ignored’.

He described the boy as ‘drop-kicking’ the apple towards the bin.

Mr Parsons said: “He was feeling down and, quite frankly, fed up. He makes the mistake then of grabbing the lad around the collar area.

”The clip tie came off as part of this.

“He denies making any sort of threat to break the neck. He denies that full stop.

“The same day he handed in his resignation.”

Mr Parsons added that Griffiths accepted his actions were ‘unjustified’ and that ‘it would have caused the child some element of shock’.

Magistrates fined him £323, ordered him to make a contribution to costs of £100 and pay a victim surcharge of £34.